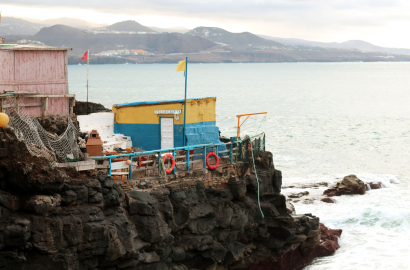 8 projects were selected this year for our INCUBATOR programme, including 5 ENCC members and 3 organisations from outside the network. They will be mentored by experts and will pool their knowledge to prepare funding applications for their European cooperation projects.

UP2YOU, developed by Il Mutamento (cultural center in Turin, Italy) and represented by André Jorge de Oliveira, aims to empower European youth to artistically express their thoughts by exercising democratic principles and promoting active spectatorship and citizenship.
Il Mutamento is a member of the ENCC.

Read more about Incubator programme and how it supports European projects.

INTERSECTION. ACTION. THEATRE, developed by Theater der Unterdrückten (Theatre of the Oppressed, Vienna, Austria ) and represented by Ekaterina Schalmann, will focus on the intersection between climate, feminist and racial justice. Key activities of this project will be multiplier events and exchanges including the development of intellectual outputs that reflect the experiences, and political demands of the feminist and racial justice movement in Europe in response to the climate crisis.
Theater der Unterdrückten is a member of ENCC member IG-Kultur.

FIRST EUROPE (working title), developed by Pro Progressione (artistic hub in Budapest, Hungary ) and represented by Gergő Paukovics, aims to bring prehistoric societies closer to contemporary audiences by placing European archaeological heritage in a new context. Social relations and issues are represented in a collaborative medium between archaeological sites, digital art, and contemporary theater. It is based on social issues and processes whose evolution can be traced back through history and that are still evolving today.

131 URBAN RENDEZ VOUS, developed by IL CANTIERE (Italy) and represented by Sara Marasso, aims to recreate a different way to inhabit territories through the direct and indirect involvement of the audience in the creative process. The result of each process, specific from each territory where the project is presented, is a cross-disciplinary performance involving contemporary dance, sound research-live music and video.

NEW SUBJECTIVITIES, developed by Centrala (Polish Expats Association, UK) and represented by Alicja Kaczmarek, is a collaboration between artists and cultural activists from across the Caucasus and Western Europe. Its purpose is to explore, articulate and re-vision the cultural and social heritage of the South Caucasus region as it engages with Western European influences that disrupt its established cultural identity.
Centrala is a member of the ENCC.

THE CEE FESTIVAL OF CONTEMPORARY ART AND DIVERSITY (working title), developed by Kulturverein Dusha Connection (Austria) and represented by Esad Halilovic, is an interdisciplinary and interactive exchange program between artists and cultural workers from Bosnia and Herzegovina, Slovenia and Austria to promote education and dialogue between antagonists of different ethnicities, as well as mobility and international presence of artists and sustainable social inclusion of disadvantaged groups and local minorities.
Kulturverein Dusha Connection is a member of ENCC member IG-Kultur.

NETWORK OF CULTURAL HERITAGE OF THE NORTHEAST REGION, developed by Colab More - Mountains of Research Association (Portugal) and represented by Patrícia Cordeiro, aims to structure and formalize an existing network between cultural services throughout the eleven municipalities of the district of Bragança, helping them to  cooperate in different areas of cultural heritage. The network would tackle the problems of lack of specialized human resources in different services of this local sector.