What's happening for Culture in the EU Budget ? 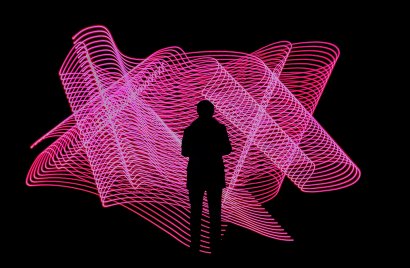 Advocacy for culture is one of the core activities of ENCC. The period we are going through now is particularly crucial for determining what the future EU budget will look like and what importance will be given to the cultural sector.

Since 2018, together with other networks and cultural organizations, we have been monitoring and trying to influence the developments of the next EU Multiannual Financial Framework, covering the years 2021-27. We're focusing especially on the budget allocated to the Creative Europe programme, which currently represents only about 0,1% of the whole package.

We have been asking for years to double Creative Europe's budget, as recommended by the European Parliament and as campaigned for by Culture Action Europe. We strongly supported the statement made in June 2020 by the European Parliament Committee on Culture and Education in June asking to double the budget for Creative Europe, triple it for Erasmus Plus, and earmark 1.2 billion for the European Solidarity Corps. We also believe that it is more urgent than ever to make sure that the additional funds stemming from the Next Generation EU initiative reach cultural operators and the cultural sector in general, which has a crucial role in building more resilient, sustainable, inclusive and fairer societies.

Following a long and complicated process of negotiation over the past years, further complicated by the outbreak of the coronavirus pandemic and its massive socio-economic impact, the European Council struck an agreement on the budget after their longest meeting ever, which lasted from July 18 to 21st.

The 'good' news is that this deal brings back the budget for Creative Europe to the €1,64 billion proposed in 2018 (compared to the 2020 Comission proposal which had slashed it by 7% to €1,52 billion). The bad news is that the calls to double Creative Europe's budget have not been heeded; that Erasmus+ has been cut by over €3 billion compared to previous proposals; that no money from the Next Generation recovery fund is being earmarked specifically for Creative Europe or Erasmus Plus; and that cuts are proposed  in the MFF to health, research, education, innovation and the transition of carbondependent regions, among others. (For more details on the proposed deal, which covers not only the MFF but also the Next Generation recovery fund, see Culture Action Europe's wrap-up).

In the next steps, the proposal will be discussed by the European Parliament. The MEPS have already reacted with a resolution asking the European Council to single out and increase funding for 'programmes relating to the climate, the digital transition, health, youth, culture, infrastructure, research, border management and solidarity', and warning that the Parliament 'is prepared to withhold its consent for the MFF until a satisfactory agreement is reached in the upcoming negotiations between Parliament and the Council'.

The calendar now aims at an agreement on the long-term budget by October, which would pave the way for agreements on the individual programmes by the end of the year. This will probably mean that the programmes of the new cycle (such as Creative Europe and Erasmus+) will be finalised and published in the spring of 2021 at the earliest - creating a  delay that organisations hoping to benefit from them should be aware of.

Here is a list of statements we have signed and promoted since the beginning of the process:

June 2020: Investing in Europe’s Next Generation by Investing in Culture - open letter to Ministers of Culture, Ministers of Finance, MEPs and Commissioners signed by 94 cultural organisations throughout Europe

March 2020 Effect of COVID-19 on Creative Europe and the European Cultural and Creative Sectors, joint letter to Commissioner Gabriel and Members of Directorate General for Education, Youth, Sport and Culture (DG EAC):

And a few other statements that we stand by:

July 2020 Resolution voted by the European Parliament  asking the European Council to single out and increase certain programmes in the MFF, including culture and research

July 2020 Call on EU leaders to be bold and invest in culture and the arts, signed by 45 cultural leaders including performance artist Marina Abramović, singer Björk, authors Sebastian Fitzek and Nele Neuhaus, and composer Jean-Michel Jarre.

June 2020 Statement by Sabine VERHEYEN following the exchange of views at the Committee on Culture and Education on the revised MFF proposal, in the European Parliament in Brussels

March 2020 Open Letter to the EU Commission and the Member States, demanding support for the Cultural and Creative Sectors affected by the COVID-19 crisis, by Niklas Nienass, MEP

Resource
Check these 10 reasons why culture matters! SUPPORT 1% FOR CULTURE CAMPAIGN BY SIGNING THE MANIFESTO AND SPREADING THE WORD.
Resource
The ENCC signed this open letter from 94 organisations asking EU leaders to support culture through the post-COVID-19 recovery plan and the new EU Budget.